As the brand name leader in ute and truck bed liners consumers have come to like, know and trust Rhino’s protective coating quality, strength and durability for their prized possessions. Due to Rhino’s strong brand presence and growth of the company divisions, the company has continued to experience increased growth year after year. 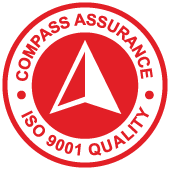 Australian customers are well supported by a manufacturing facility located in South East Queensland. Our products are distributed throughout the South East Asian region, via master distributors in New Zealand, Indonesia, Sri Lanka, Singapore and the Philippines.

With over 2000 Applicators and contractors operating in 85 countries around the world, the Rhino Linings name is synonymous with premium polyurethane products. With leading performing polymer and polyurethane formulations and modern application equipment, Rhino will continue to set the standard in the protective coatings industry.

Rhino Linings conducts the selling of its linings via an exclusive network of independently owned and operated Dealers and contractors. We provide on-going technical support services for our Applications including on-site technical representation anywhere in the world.

We appreciate the opportunity to provide a quote for your coating requirement.

What Our Clients Say

Rhino Linings provides us with a large variety of products suited for our industry. Their service is always prompt and reliable.

We have used the wide range Rhino Linings products in all fields to help grow and achieve desired out comes for our clients.

We have built up a wide range of diverse clientele around Australia, from Theme Parks, Civil , Mining , Commercial , Industrial and private  sectors

Actifchem Technologies was engaged by Oiltanking Singapore Ltd to carry out an external lining system to protect the tank annular plate.

The product used on the two tanks, T 001 and T 006, were Rhino Linings PP95. The harsh environment, in which we operate in, is often a challenge to protective coatings in general. High temperatures and corrosive substances are often the main culprits and Rhino Linings PP95 has proven that it works well in such an environment.

The Rhino Linings PP95 exhibits excellent durability and fexibility properties and together with a rapid cure time, it seems the ideal application for our corrosion resistant requirements.

This letter is to confirm that Rhino Linings Australasia in conjunction with their approved applicator, Rhino Linings Newcastle, undertook a lining project at the RAAF Air Base at Richmond NSW.

This project involved the sealing, by impermeable liner, of an old aviation fuel storage facility. In conjunction with the principal contractor. Rhino Linings technical team conducted a series of product tests to satisfy performance requirements.

Rhino Linings carried out the project in a professional and safe manner satisfying all the requirements set down by the principal contractor and by the Royal Australian Air Force.

The project was not without its difficulties and surprises however Rhino Linings technical expertise and experience coupled with their willingness to work collaboratively in an outcome focused manner resulted in the project being completed to our total satisfaction.

Rhino Linings have continued to stand by their products and have attended to some minor issues at our request in a professional and expedient manner.

I have no hesitation in recommending Rhino Linings and will be using them again on future projects.

The product is durable, easy to clean and provides a good non-slip surface. Some of the floors have been repatched after some floor brackets had to be moved. The process and the finish exceeded our original expectations so future repairs, if needed, will be far easier and cheaper than the old vinyl floors we used to have.

We thank you for your support in developing the right colour and texture to meet our specifications.

Four weeks ago (at time of writing) Rhino Linings applied a coating of “Tuff Stuff” to approximately four metres of box gutter and down pipe sump on our factory roof. This area has been a real problem for many years. We have tried to seal the water leaks with different methods without any long term success.

I am impressed by the job Rhino Linings has done, in particular with their very careful preparation. I believe that this is going to be a long-term solution and I have asked Rhino Linings to quote on sealing two other problem areas.