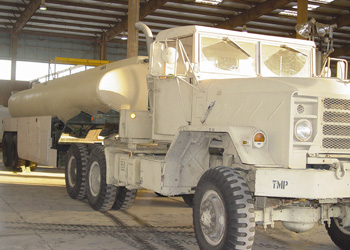 If you were ever in doubt of just how tough Rhino Linings is, you should see what the Defence protective applications endure with our product.

The escalation in the war against terror has seen Rhino Linings take an active role in the protection of defense personnel and equipment in trouble spots around the world. Internationally Defence forces rely on the superior strength of Rhino Linings to protect their soldiers and equipment.

We appreciate the opportunity to provide a quote for your coating requirement.